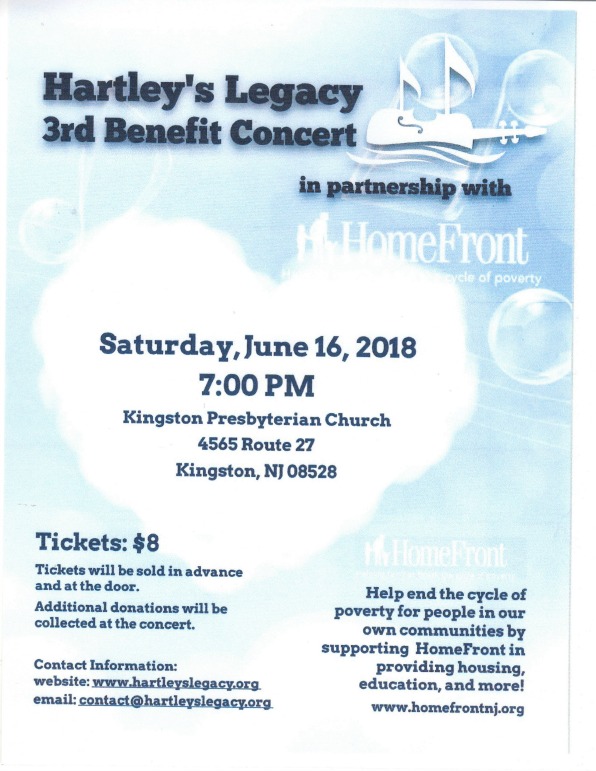 What is Hartley’s Legacy?

Hartley’s Legacy is a music volunteer group that was founded by Daniel Kim, Iris Kwak, and Joanna Kim in 2013. All the members of Hartley’s Legacy are student musicians, ranging from middle to high school students.We currently volunteer our time twice a month at the Atrium Senior Living of Princeton, a nursing home in Princeton, New Jersey. There, we serve snacks and perform for the senior residents. Hartley’s Legacy performs a wide variety of music as well, playing genres such as classical, jazz, pop, gospel and even movie music.

Purpose: The purpose behind Hartley’s Legacy is simply to share our love for music with others, especially with those who need it the most, including elderly seniors, victims of unfortunate tragedies, and children in need. By using our musical abilities and sacrificing our time, we make it our goal to entertain, educate, and support our audience, no matter who they are. Through our music and performances, we try to brighten people’s days and their lives.

Wallace Henry Hartley was born on June 2nd, 1878, to Albion and Elizabeth Hartley. At an early age, he was introduced to music, as his father was the choirmaster at Bethel Chapel in Colne, East Lancashire, his hometown. Hartley’s music education began at George Street School, where he received music lessons after school.

In 1909, Hartley began his professional career at sea, as a musician on large ships. After three years of going from boat to boat, he was hired to be the bandmaster on the largest and most luxurious ship in the world at the time—the Titanic.

On April 10, 1912, the Titanic left the dock on her fateful maiden voyage, with Hartley on board. Four days later, at 11:40 PM, the Titanic infamously hit an iceberg on her way to New York City.

When Hartley realized the gravity of the situation, he gathered up his orchestra and began to perform for the passengers as lifeboats were lowered into the water. Keeping passengers calm, Hartley led his band as they played song after song, often playing famous hymns. According to some accounts, they “played until they were waist high in water,” and were only silenced when “the ship reared up in her death agony.”

Legend has it that Hartley’s last song was the hymn “Nearer, My God, to Thee,” a fitting song for the musicians and passengers still on board who faced death.

By selflessly staying on board and keeping the passengers calm, Hartley and the band allowed for the lifeboats to be loaded in an orderly fashion, saving countless lives. Instead of trying to save himself, Hartley sacrificed his own life as a musician to save the other passengers.

On May 4th, 1912, his body was recovered as #224 and transported to his hometown of Colne, East Lancashire. There he was given a funeral at Bethel Chapel, the church Hartley had once been a choirboy as a child.

We named our group Hartley’s Legacy to honor Wallace Hartley and to make it our goal to be more like him. While we may never sacrifice our lives, we sacrifice our time and use whatever musical talents we may have to perform for those who need it the most. Our hopes are that through our small acts of kindness, we can make a difference in the lives of the people who listen to and watch us perform.

Quick Note: Recently, in 2013, the violin Hartley owned and played on the Titanic was found. Hartley’s violin was authenticated, and later auctioned for over £200,000, equivalent to more than $300,000.